Can You Buy Land From The Government? 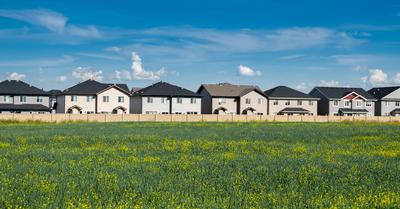 Anyone who is in the market to buy land may be wondering if it is possible to purchase land from the government and if so, how they go about doing it.

Land is a commodity that will always be valued, but trying to get our own piece of it can sometimes be challenging. Land is limited and not always easy to come by. Finding different avenues for purchasing property is not always easy, but there are ways it can be done.

You can buy land from the government through the Bureau of Land Management, the U.S. Department of the Treasury, the U.S. Marshals Service, the Federal Deposit Insurance Corporation, and through the General Services Administration.

Anyone who has been in the market for a land purchase knows that land can be scarce and expensive, depending on where you live and what you’re looking to buy. Finding land that the government is selling can be a great way to land ownership, but you’ll need to know where to look, depending on what type of land you are interested in buying.

I love real estate, and even more, I love to get a good deal. Researching land sales by the government has been a great way for me to learn more about a way to potentially get my hands on some land at very affordable prices. Let me help you do the same.

‍Can I Buy Land from the Government?

Throughout the United States, the government owns millions of acres of land for a variety of reasons. Some of this land is for public use, and some of it is land the government has acquired through other means and does not plan to keep.

There are lots of ways to acquire government-owned land, but you must first understand what you are looking for and what you plan to do with the land once you purchase it.

There are two main ways that the government sells land which is called real property sales and public land.

Real property sales are typically land that has already been developed and may have buildings already on site. These are often things like abandoned military bases or old government building sites.

Public land is property that hasn’t been developed and usually has no improvements on it, like electricity, water, or other basic needs. This property is mainly situated in the western United States though there is some still left in the eastern states as well.

Let’s research the different ways this land can be purchased and what organizations are responsible for the sale of each kind.

1. The Bureau of Land Management

One of the more popular ways to buy government-owned land is through the Bureau of Land Management.

The Bureau of Land Management was created to manage public lands and preserve the integrity of their space. According to their website, they hold an average of one in every ten acres in the United States and take pride in the preservation of all America’s cultural resources and recreational parks as well.

From time to time, the Bureau will have land that is no longer needed for public use. This land is then sold at public auctions.

Anyone who is a United States citizen and has appropriate financing can bid to purchase this land. The parcels may be anywhere from one acre to hundreds, depending on the location and how much the Bureau decides needs to be allocated for private ownership.

Some of these parcels may be in urban areas, but many are in desert locations or swampy marshlands. Not only are they undeveloped, but they also may not be able to be developed and therefore would not be useful for purchase for someone who wants to live on the purchased land.

2. The U.S. Department of the Treasury

Another governmental agency to consider when you are looking to purchase land is the United States Department of the Treasury.

These properties include single and multi-family residences as well as commercial properties and even residential land. As with the properties sold through the Bureau of Land Management, these properties are usually sold at public auctions, though sometimes they can be set up as appointment-only sales.

The U.S. Marshals Service is the nation’s law enforcement agency and is in charge of regulating and maintaining federal laws and supporting the federal justice system.

When a property is seized due to criminal activity, it is often later sold through the UU.S. Marshals agency website. These properties can range from individual homes to commercial properties that have been involved in illegal activity and seized by the government.

After an extensive background check to guarantee that these properties haven’t been stolen, they will be auctioned off on the government website. Anyone who is over eighteen years of age, is a legal United States citizen, and has no criminal record of their own is allowed to bid on these properties.

Another governmental agency that sells land is the Federal Deposit Insurance Corporation, also known as the FDIC.

When a bank fails or defaults on a property, it may be taken over by the FDIC and then sold to the public. This can be single-family homes, businesses, and undeveloped land.

These properties are usually sold by local real estate agents that have contracted with the FDIC in the area where the property is located. These may be listed on public sites, in newspapers, or in realtor listings.

Sometimes these properties will be held for sale at an auction, but they can also be viewed independently and shown to a potential buyer by the realtor with whom the FDIC has appointed.

A large holder of governmental property for sale is the General Services Administration.

Aptly named, the GSA holds properties for sale from a variety of other governmental agencies and contracts with them to sell land and buildings that they don’t want to try and sell themselves.

The GSA serves as a one-stop shop for many governmental sales and is a great place to look if none of the above criteria meets what you are looking for. A quick search on their website will give you an idea of what’s available and you can even narrow your field to specific areas of the country and even specific areas within a state.

Just like most of the above sales, these properties are only available for United States citizens who have no criminal record and have appropriate financing available. In most cases, the GSA will not sell a piece of land or real estate for below fair market value.