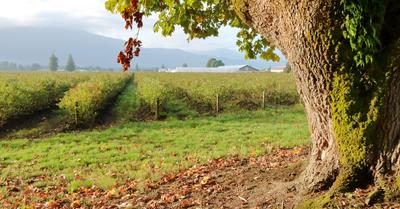 Have you ever wondered how big 100 acres is? Turns out, it’s a lot. Probably more than you think.

100 acres is almost 4.4 million square feet. That’s enough to cover 75 football fields. It’s bigger than Grand Central Station in New York, and nearly as big as the Mall of America.

100 acres is a mind-boggling amount of land. While it’s still less than a square mile, it’s so much land that it’s actually difficult to give you a visual example to help understand just how big 100 acres is. If you’re buying 100 acres, you’re probably planning on doing some ranching, or farming on a massive scale.

One acre is 1/640 of a mile. So, in one square mile, there are 640 acres. That makes an acre seem quite small, but for most people it’s actually a pretty big chunk of land.

Whether or not a hundred acres is a lot of land for you really depends on what you’re going to use it for. If you’re building a house, one acre is plenty of land for a large home and a pretty good sized yard to go with it so 100 acres is overkill . If you’re going to be farming,you may need every bit of 100 acres, especially if you plan on raising livestock.

If you need an RV site, one acre holds 10-15 RVs pretty comfortably, and you could easily run an RV campsite and turn a profit on just one acre.

100 acres, therefore, is truly enormous. It’s still not even ⅙ of a square mile, but it’s more land than most people could ever possibly need. Generally speaking, when people buy this much land, they’re buying a ranch or an unusually large housing development.

How Big Is 100 Acres? (With some helpful visual examples)

100 acres is 4,356,000 square feet. It’s such a huge amount of land that it’s hard to picture it without some easy to understand visuals. Here are some good comparisons for you:

The Mall of America

The Mall of America is about 5.6 million square feet, so 100 acres, at 4.4 million, is somewhat smaller than the Mall. But, it’s close in size, and if you’ve ever been to the Mall of America you have a decent idea of how big 100 acres is.

Disneyland, or, at least, the public parts of Disneyland, covers 160 acres. So, imagine a little more than half of DIsneyland (62%, to be exact), and you’ve got an idea of what 100 acres looks like.

Windsor Castle, a 1,000 year old castle near London where the Queen still lives for part of the year, sits on 13 acres. So, 100 acres is about 8 times bigger than Windsor Castle. That means if you owned 100 acres, you could build a castle on it bigger than the one the Queen of England lives in!

If you’ve ever wondered how big the White House is, wonder no more: it’s 1.5 acres. Now, the land that it sits on covers about 18 acres, but the house itself only accounts for 1.5. So, 65 White Houses sitting right next to each other would be 100 acres.

For basketball fans, your 100 acres could fit 800 basketball courts if they were built to NBA regulations. That’s a lot of basketball!

IMAX screens look huge- they’re so big that some people have reported vertigo, dizziness, and disorientation during movies at IMAX theaters. Still, it would take 1000 IMAX screens to cover 100 acres.

The Amazon Rainforest covers 1,359,079,598 acres, losing about 2 acres every minute to deforestation.