How Big Is One Acre Of Land? 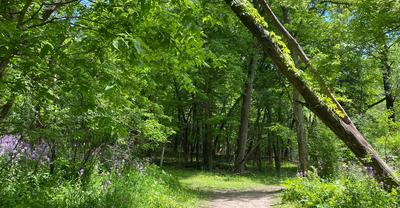 Just how big is one acre of land? An acre is a commonly used unit of measurement in real estate, but not many people actually know how big an acre really is.

One acre is 1/640 of a mile, or 43,560 square feet. An easy way to visualize it is to picture a football field, including the end zones. From one end zone, up to the twenty yard line on the other end of the field, is one acre.

An acre is a unit of measurement that dates back centuries. It was originally a term based on agricultural usage, related to the amount of land that could be made ready for planting in a days work. This was a very functional, if imprecise, way of measuring land during an age when nearly everybody who owned land was farming on it. In modern times, an acre is defined strictly by its volume in square feet, but you might be surprised by how much influence the ancient definition of an acre has on modern real estate.

We went on a deep dive into the usage of the term “acre,” and uncovered a lot of interesting information about it’s origins, and how it’s changed- and stayed the same- over the centuries. Here’s what we found:

‍How Big is an Acre?

Is An Acre A Lot of Land?

One acre is 1/640 of a mile. So, in one square mile, there are 640 acres. That makes an acre seem quite small, but for most people it’s actually a pretty big chunk of land.

If you need an RV site, one acre holds 10-15 RVs pretty comfortably, and you could easily run an RV campsite and turn a profit on just one acre.

How Many Acres in a Football Field?

One acre is about ¾ of a football field, if you include the endzones. So, you can fit about 1 and ⅓ of an acre into a football field. So, from one end zone to the opposite 20 yard line is one acre.

Here are a few other visuals that can help you:

One acre holds about 156 parking spaces:

If you use diagonal spaces and one-way driving lanes, it will hold 162 spaces.

On a baseball field, if you combine the infield and about half of the outfield, you’ve got an acre:

For tennis players, and acre will hold 15 tennis courts:

One of the best ways to understand how big an acre is, is to see how many houses it will hold. One acre can fit 18 2400 square foot homes, with a bit of room to spare:

As you can see, an acre is actually a pretty sizeable portion of land. 2400 square feet is a large house, somewhat bigger than the average American home, which is about 2300 square feet as of 2019.

So, if you buy a one acre plot of land to build on, you have plenty of room for a very spacious home, a large lawn, and a big garden. You could even squeeze a pool in there if you wanted to.

You may hear the term “commercial acres” thrown around as you shop for land. This is an invention of the real estate industry, and while it is an official legal unit of land in some places, in most places it’s really just a designation used by realtors. Essentially, it’s one acre with some volume removed to account for alleyways, sidewalks, and roads. It amounts to about 82.6% of a regular acre, or 36,000 square feet.

The Amazon Rainforest covers 1,359,079,598 acres, losing about 2 acres every minute to deforestation.