How Much Land Does Exxon Own? 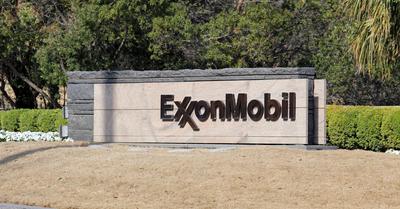 Exxon, known today as Exxon Mobil Corporation, owns a vast amount of land in the United States and across the world.

In this article, we’ll go over the land holdings of Exxon Mobil Corporation throughout the world. We’ll break down the various uses for its massive land tracts, and we’ll cover the size of its various U.S.-based refineries and chemical plants. Also, we’ll go over the smaller companies that own land for Exxon and where the company got its land during its 1999 merger.

The information used in this article was sourced from publicly available corporate land ownership information, along with Exxon Mobil itself.

‍Why does Exxon Own Land?

Exxon owns millions of acres of land for many purposes, and the largest source of the company’s land-based revenue comes from drilling and oil extraction. Some of the land owned by Exxon is used in partnership with other companies such as Shell Oil.

Exxon only drills a small proportion of the land it owns. Much of it is purchased for prospecting, of which only a small percentage ends up producing meaningful volumes of petroleum. Additionally, Exxon owns many acres of land for its oil storage and refining activities, which are often located relatively close to major oil sources.

One example of this is Exxon’s consolidated land ownership is in South Texas, where the company operates three massive petrochemical production and refining plants within sight of offshore drilling platforms.

Usually, oil is piped in from the gulf coast rigs directly into the refineries, where it’s turned into everything from gasoline to resins. Chemical production is a massive part of Exxon’s operations, and it generates an enormous amount of profit for the company.

The ExxonMobil Headquarters, located in Irving, Texas, is responsible for much of the land purchasing and coordinating operations for the company. The company itself is incorporated in New Jersey, which is the former location of Exxon.

ExxonMobil absorbed both Exxon and Mobil's land holdings throughout the world when the companies merged in 1999. Other companies that ExxonMobil owns

How Big are Exxon Oil Refineries?

Exxon owns land around the country for its refining operations, and it runs some of the largest oil refineries and chemical production plants in the world. Many of these facilities are ancient, but operations are efficient and relatively safe.

One of ExxonMobil’s most prominent refineries is located in Baton Rouge, Louisiana. The Baton Rouge refinery is the 13th-largest refinery in the world and the 5th largest in the continental U.S. This refinery, located on the Mississippi River, covers 2,100 acres in all and refines just shy of 500,000 barrels of crude oil daily.

Exxon’s Baytown, Texas refinery is even larger and traces its routes back over 100 years ago. Built-in 1919, the Baytown refinery in South Texas covers around 3,400 acres of land. As a result, this larger refinery processes an astounding 584,000 barrels of crude oil per day.

Exxon operates a slightly smaller refinery in Beaumont, Texas. This location, which spans over 2,315 acres, has a capacity similar to Exxon’s Baton Rouge facility. It’s located close to the Baytown refinery, and many of Exxon’s operations are strategically split between the locations.

Not all of Exxon’s U.S. refineries are located near the Gulf of Mexico. Much of the company’s drilling operations happen in the northern parts of the United States and thus necessitate local refineries for economic crude processing.

Exxon’s Billings, Montana refinery is an excellent example. This small facility processes about 20,000 barrels of crude oil daily and covers just about 720 acres of land.

Exxon’s other large northern refinery is located in Joliet, Illinois. The refinery, which is just south of Chicago, processes mostly crude brought down via pipeline from the bountiful Canadian oil reserves.

The Joliet, Illinois, facility covers around 900 acres, making it similar in size to the Billings refinery. However, it processes 250,000 barrels of crude daily, which is more than ten times the capacity of Exxon’s small Montana refinery.

Total, Exxon’s major refinery operations cover about 9,339 acres of land in the United States. While this isn’t a small amount of land for a company to own, it’s an almost immeasurably small fraction of the millions of acres Exxon owns for oil exploration and drilling.

How Many Acres does ExxonMobil Own in the United States?

ExxonMobil is one of the largest landowners in the United States, with over 14.6 million acres. Exxon’s U.S.-based land ownership is primarily real, land-based property located in oil and natural gas-rich regions. Additionally, about 1.7 million acres of ExxonMobil-owned land is offshore and used for prospecting and drilling.

The vast majority of ExxonMobil’s land can be found in ten oil and gas-rich regions. These regions are the Bakken Formation, Woodford Shale, the Permian Basin, Caney Shale, Marcellus Shale, Utica Shale, Haynesville Shale, Barnett Shale, Fayetteville Shale, and a large portion in the Gulf of Mexico.

How Much Land does ExxonMobil Own in Europe?

In other countries, like the United Kingdom, Exxon owns smaller parcels of land, usually less than one million acres.

How Much Land does ExxonMobil Own in Canada?

How Much Land does ExxonMobil Own in Asia?

ExxonMobil also operates extensively on the Asian continent (excluding Russia), with millions of acres owned for drilling and exploration. Asia is one of Exxon’s largest investment locations, as there are large proven reserves in many middle-eastern countries and offshore. Here’s a breakdown of where Exxon holds land in Asia.

Total, Exxon owns around 4.39 million acres of land in Asia. The vast majority of this land is located in Azerbaijan, Indonesia, Iraq, Kazakhstan, Malaysia, Qatar, Yemen, Thailand, and the United Arab Emirates (UAE).

How Much Land does ExxonMobil Own in Africa?

Exxon has limited exploration and drilling operations on the African continent. Currently, the company owns about 1.34 million acres of land throughout Angola, Chadd, Equatorial Guinea, and Nigeria. Exxon has periodically purchased smaller plots for exploration in other countries as well.

Exxon’s operations in Africa are not nearly as extensive as they are in Europe and Asia. This is primarily due to the fact that oil reserves in the region are limited.

Currently, it’s much more economical for the country to conduct drilling and exploration in other parts of the world, particularly North America. This is because there’s more oil that’s easy to access, and it’s located close to Exxon’s advanced refineries and major shipping lanes like the Gulf of Mexico.