How Much Land Does The Queen Own? 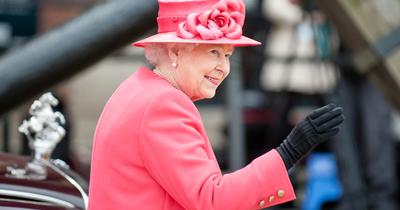 If you think about it, the Queen of England "owns" all the countries that belong to the Commonwealth. But how much land does the Queen own?

If a normal (well, non-royal) person can be the proud owner of several thousand acres of land, then how much land does the Queen of England own? Well, the answer might surprise you – Her Majesty, the Queen, owns a cool 6.6 billion or 6,600,000,000 acres (and counting).

To put that into perspective, the runner-up for the title of "This Land Ain't Your Land" is Saudi's King Salman, who owns just 547 million acres. In case you were wondering, you would have to add up the land of all 14 of the world's biggest landowners to even come close to the amount of land owned by the Queen. Not too shabby!

So, how did a 95-year-old lady end up becoming the largest landowner in the world? Well, that's exactly what we're going to find out, so stick around. To get to the bottom of this mystery, we've gone through countless articles and archives to make sure all of the information here is based on reliable sources.

‍How Much Land Does the Queen Own?

Turns out, Her Majesty, The Queen, has always been ahead of the curve (by a few thousand hectares!). In fact, Elizabeth II became a homeowner at the tender age of six, when the good folks of Wales gifted her Windsor's Royal Lodge, a 21-acre property that comes complete with lush green gardens and its own private chapel.

So, you might be wondering, "Where does all the other land come from?" The 6.6 billion acres of land that the Queen currently owns is made up of the whole of Great Britain, all of Ireland (North), Australia, Canada, the Falkland Islands, and change. She is also considered Queen of 32 countries and heads the 54 countries in the Commonwealth. So, if you happen to live in any of these places, her face is on your money.

The Crown Estate manages a large portion of the Queen's real estate. The Crown Estate works as a real estate firm and pays all of its earnings to the Treasury. However, the Queen does receive a grant of 15% of the estate's total income from the preceding two years. The company oversees a £12.4 billion property portfolio and provided £329 million to the Treasury, according to the most recent accessible statistics. It should also be noted that the British government also does not "own" The Crown Estate. This is mainly because it is registered as a corporation sole, which is managed by an independent organization.

In the form of the two duchies, the Duchy of Lancaster and the Duchy of Cornwall, the Royal Family controls swaths of territory across the United Kingdom. The Duchy of Lancaster spans 18,433 hectares in England and Wales, the majority of which is made up of rural estates in Staffordshire, Lincolnshire, Lancashire, Cheshire, and Yorkshire. The Savoy Estate, home to one of the world's most expensive hotels, is one of the Duchy of Lancaster's significant pieces of land in London. At the end of March last year, the Duchy controlled £519 million in net assets and generated a profit of £19.2 million.

The Duchy of Cornwall is made up of 53,000 hectares of land spread across 23 counties in the South West of England, primarily in Cornwall, including that of the Isles of Scilly and Dartmoor. This also includes Highgrove, the Prince of Wales, and the Duchess of Cornwall's private estate.

The list of property that belongs to the Queen would not be complete without throwing in a few castles and palaces. That's why the Crown also owns the following properties:

So, what is the Meaning of "Crown Estate?" According to the official website of the Crown Estate, the reigning monarch owns the Crown Estate By virtue of their ascension to the throne, "in right of The Crown," which means that the monarch owns it for the life of their reign. It should be noted, however, that "it is not the private property of the reigning monarch and cannot be sold by the monarch, nor does the royal income generated by those properties belong to them."

The Occupied Royal Palaces Estate (the Estate), which includes Buckingham Palace and Windsor Castle, is held in trust for the nation and used to support the official duties of The Sovereign. The Royal Collection Trust (the Trust) is in charge of the works of art held in trust for the nation, although it is not subject to Parliament's oversight. The Trust oversees tourist entry to the Palaces, which results in a total revenue of £28 million on average yearly. The Trust then distributes part of the money from Windsor Castle with the Household (£1.8 million). The Trust has also proposed to share income from visits to Buckingham Palace, which is another extraordinary amount.

The Queen also owns the 8,000-hectare Sandringham Estate in Norfolk, as well as Balmoral, the private residence of four generations of British monarchs since 1862. More than 25,000 hectares of land, including woods and moors, make up the Scottish castle and surrounding estate. The Queen's favorite home has been extensively publicized. Holyrood Palace is also a famous residence of the Queen on her visits to Edinburgh. Balmoral Castle is another large estate located in Royal Deeside, Aberdeenshire, Scotland, which the Queen also owns.

Hillsborough Castle, in Lisburn, Northern Ireland, is the Queen's royal home. The Secretary of State for Northern Ireland also has an annual garden party there, which is frequently attended by a royal representative. Other holdings consist of around 290,000 acres of agricultural land, including forests and other residential and commercial properties.

Australia is a constitutional monarchy with The Queen as Sovereign. Her largest estate is Balmoral Estate, which is 20,000 hectares and is where her Maj and family celebrate Christmas traditionally. Let it be known that the Queen also owns Australia – as if elegant mansions and commercial space weren't enough.

Queen Victoria and Māori signed the Treaty of Waitangi in 1840, where the British sovereign became New Zealand's head of state. In New Zealand, the Queen owns schools, hospitals, highways, and conservation areas, all of which are considered to be Crown-owned property.

With over 20,000 sections totaling 1435ha, Housing New Zealand is one of the largest Crown landowners. The Rodney Local Board, with 25,672 hectares of public land, is the biggest in Auckland's outer reaches. The Waitakere Ranges Local Board had 16,975ha, whereas the Great Barrier had 19,508ha with its large conservation reserve. The Government House in Auckland and Government House in Wellington host Royal visitors.

As mentioned earlier, she owns the territory of any commonwealth over which she rules, including Australia and Canada and many Caribbean islands. The islands of the Bahamas, Antigua and Barbuda, Belize, Barbados, and the Grenadines are all officially owned by the Queen. If you're looking for a warm escape this winter but cannot imagine being apart from Her Majesty, The Queen, then why not make a trip to New Zealand or the Solomon Islands… She owns them too!

To say that Her Majesty, The Queen, owns a lot of land would be an understatement of the century. However, not all of it are extravagant mansions, castles, and vacant acreage. According to sources, The Queen is a serial collector of commercial properties as well. Currently, the Queen owns 14 retail and shopping parks spread throughout the United Kingdom and three swanky shopping malls.

Away from London, the Crown Estate controls several shopping parks and malls, including a major chunk of the UK's offshore wind farms, owing to the estate's management of the seabed up to a 12 nautical mile limit.

So, it's safe to say that while the UK Sovereign may call the iconic London landmark Buckingham Palace home (all 775 rooms of it), her reign is heard in all four corners of the globe. What's even more amazing is that Elizabeth ll, or the Crown, owns 22% less than Queen Victoria did during the height of the Royal British Empire.