How Much Land Does Warren Buffett Own? 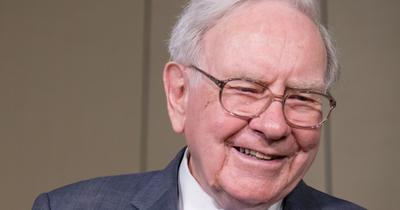 Warren Buffett is one of the most successful investors in the world. But how much land and real estate is in his portfolio?

Warren Buffett is not a land ownership tycoon and hasn't shown much interest in it. Buffett invests in land and real estate through Berkshire REITs. Other than his modest 6,000 square-foot Omaha home, Buffettt doesn't own much real estate.

This article will go over how much land Warren Buffett personally owns and why he doesn't own more. Additionally, we'll explain his key land investment strategy and REITs, along with the benefits of this land ownership system.

We sourced the information used in this article from reputable financial advisory guides, news sources, and publicly available information about Berkshire and other REIT land investments.

Surprisingly, Warren Buffett doesn't really invest in real estate. Given that land is one of the most popular investments, it's unusual that such a diversified billionaire takes so little interest in it.

Warren Buffett is one of the richest people in the world. He has a net worth of about 99 billion dollars, putting him in the same category as Jeff Bezos, Elon Musk, and Bill Gates.

Most of Warren Buffett's net worth comes from investing, but virtually none of it came from direct land ownership or sales. Buffett began making money by leading a small hedge fund, and from which he gained financial experience.

Eventually, Warren Buffett moved on to running banks, from which he profited enough to start an insurance company. Insurance itself is a form of investment, as it profits from speculation and benefits individuals and companies by protecting them financially from disasters and accidents.

Land and real estate were never on the big portfolio for Warren Buffett. However, he does invest in REITs through Berkshire Investments, which we'll cover in more detail later. It's likely that Warren Buffett's Berkshire REITs are his only major real estate and land-related investment at this time.

What Kind of Land does Warren Buffett Own?

So, what kind of land does Warren Buffett own directly? Not much—primarily, just the land where he has his own private houses. His primary home is located in a quiet, upscale neighborhood in Omaha, Nebraska.

Buffett's Omaha house is small and surprisingly inexpensive. According to Business Insider, Buffett bought the 6,570 square foot house in 1958 for around $31,500—that's just $250,000 in today's money.

The house, which has five bedrooms and two and a half bathrooms, is modest for the area. It's worth about $652,619 today, and it sits on less than an acre of land in a relatively spaced-out neighborhood.

Warren Buffett said that the house is comfortable, and he doesn't see any reason to leave—which is a stark contrast to others in his income and net worth bracket.

But the house in Omaha isn't his only property. He also owns several houses around the country and once owned an 11 million dollar beachfront house in Laguna Beach, California.

What is an REIT?

An REIT is a Real Estate Investment Trust. This is a form of real estate investing that relies on a company and works in a similar way to mutual funds. Warren Buffett's company, Berkshire-Hathaway, is a key provider of REITs and manages Buffett's main real estate investments.

In other words, the trust in question is just a company that owns a lot of properties. REITs are diverse and profitable to investors, and they require much less real-life effort from the investor than actually managing their own rental properties.

REITs are a way to diversify your real estate portfolio in a massive way. You can own numerous types of REITs and reap the benefits from the market as a whole, as opposed to a single or a few buildings or land parcels that could individually lose value due to non-paying tenants, accidents, or localized economic changes.

REITs are a relatively safe investment that pays high yields. And though their individual yields are usually lower than the profit you'd make from directly owning a building, the costs to you are much lower, too—and you don't have to deal with the building or the tenants.

There are five primary types of Real Estate Investment Trusts, and knowing them can help you understand why Warren Buffett prefers owning land in this form to owning physical, individual properties.

Retail REITs cover brick-and-mortar shops. These include shopping malls, strip malls, downtown stores, and most other kinds of physical sales and distribution locations. Specifically, these REITs own the buildings which house the businesses—not the businesses themselves.

Residential REITs own multi-unit homes and apartment buildings, along with pre-manufactured buildings such as trailers. These REITs tend to focus on expensive housing with good rent payment rates in upscale parts of the country.

These REITs invest in medical centers, hospitals, clinics, doctor's offices, dental offices, and virtually all other small to medium-sized medical real estate. These are particularly favorable, as the aging population of the United States will need an increasing amount of long-term medical infrastructure going forward.

Office REITs invest in office buildings and office space. The most profitable office REITs focus on high-demand spaces in major cities where they're likely to collect rent on time.

REIT investments also cover home mortgages. These are frowned upon in some areas, especially since the infamous mortgage bubble of 2008 and 2009 devastated the housing market in the United States. That bubble was caused by a different kind of mortgage investing, but the sour attitudes remain towards the entire practice.

Each REIT has benefits and risks, and dividends often exceed competitive investments by a significant margin. REITs make money as real estate values increase, and thus the net worth of their assets (and the individual's share of the assets) increases too.

They also make money by collecting rent from the properties that they own and paying some profits in the form of dividends. As you can imagine, these dividends can easily outpace stocks of all kinds.

Is Land a Good Investment?

Historically, real estate is an excellent investment whether you own the property yourself or invest in an REIT. Real Estate Investment Trusts have a very good historical rate of return, which normally outpaces the S&P by a few percentage points.

Historically, REIT return rates average about 9.5%, which makes it an excellent and relatively low-risk investment. According to Investopedia, "investors looking for yield have done better investing in real estate than fixed income, the traditional asset class…."

The benefits of Real Estate Investment Trusts, as described above, are a clear reason why an investor like Warren Buffett wouldn't need to buy individual properties to make money from real estate.

Warren Buffett uses REITs to separate himself from the time-consuming and risky aspects of property management while reaping a lower but appreciable profit from the land itself.

REITs are also managed through his own company, Berkshire Hathaway. This makes it easy for a prudent investor like Buffett to keep tabs on the legitimacy and performance of his real estate trusts while simultaneously letting his trusted management teams oversee them.

Buffett's real estate investment strategy is about as rock-solid as it gets and much less risky than the more profitable strategies used by other wealthy individuals.

Plus, there's a good chance that land simply doesn't interest Warren Buffett as much as other investments, so REITs allow him to take a hands-off approach to a very legitimate investment diversification strategy.

No, direct property ownership (in the form of rental properties, farmland, office buildings, and industrial sites) can be an excellent investment on all scales, as long as you have the capacity to manage it effectively. Warren Buffett just takes a different approach to land investment, which works well on the scale that Buffett can invest with.

Will Warren Buffett Own More Land?

Warren Buffett probably won't be seen purchasing thousands of acres of farmland or big city blocks any time soon. Why would he? Buffett already has a satisfactory chunk of real estate in his portfolio and in a form that he likes.

Buffett's primary concern is his company and his massive portfolio, of which real estate and land-related investments make up only a small part. Warren Buffett isn't a land tycoon and probably doesn't seem to care to be one beyond what he already owns.

And since he doesn't have a taste for extravagant properties and large homes, he probably won't be seen buying summer mansions, hotels, or golf courses for profit either.