What Is The Difference Between Improved And Unimproved Land? 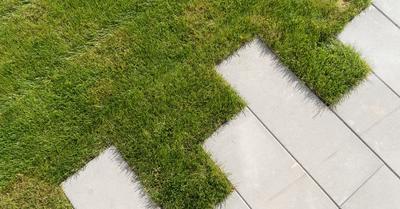 If you’re on the hunt for buying real estate, then you’re likely to see some parcels referred to as either improved or unimproved, but what’s the difference?

Buying real estate can prove to be an incredible investment and if you are looking to buy land that is considered vacant, you have a lot of opportunities to use the land in so many different ways. The key thing to be aware of when assessing these types of properties is to be able to differentiate them from improved or unimproved lands. The reason for this is that certain defining characteristics will change depending on whether the land is classified as improved or unimproved, which can ultimately make or break your future ambitions and intentions for the property. To help you understand this better, we are going to take a closer look at improved and unimproved land in more detail.

After years of working as a real estate developer, I have had a lot of experience dealing with improved and unimproved land. My experience has taught me that knowing the difference between these two land classifications can make a huge difference in how a parcel of land can be used.

If you are browsing properties online or doing so in person, you are likely noticing a lot of land parcels that are labeled as improved or unimproved. At first glance, it may be hard to tell the difference between these two classifications, as the majority of them will be located on vacant plots of land.

With that being said, while many land parcels are labeled as ‘vacant’, they will still greatly vary in their qualities depending on whether the land is improved or unimproved. The most important thing that you should keep in mind as you assess these properties is your ultimate goals for the land, as each classification will determine how easy and realistic it will be to reach them. Let’s dive right into improved vs unimproved land.

The most defining characteristic for improved and unimproved land is the amount of development that has occurred on the property. Unimproved lands have seen virtually no development, alteration, or modification done to them, which is why many buyers find these types of land parcels to be less attractive.

A lot of people that want to pursue development on their land, prefer to do so with as few complications as possible. Given that unimproved lands have been left in their natural raw state, it can make getting a development project on the way much more challenging, as there has not been a foundation set up on the property to make future developments an easy transition. Since you are essentially having to start from scratch, developing on unimproved lands will require much more time, energy, and effort from your end.

On the other hand, improved lands will have seen some form of development. However, the amount of development that a property classified as improved land has seen will vary from case to case. More often than not, the improved land will have seen some maintenance done to it to help it retain some form of presentable aesthetic to appear more appealing for potential buyers. This could include the regular upkeep of vegetation and the clearing of unwanted debris.

Some improved land parcels have been designated for specific uses, which is especially common in areas that have strict zoning laws. If a plot of land is located in a region that has development regulations, which is especially common in urban cities, then the property can likely only be developed in a handful of different ways. Here are some examples:

If the improved land has been designated for one (or more) of the above land uses, then the owner may have modified the land to suit the development of the zoning classification of the plot. With that being said, unimproved lands in certain areas may also be subject to these types of zoning restrictions, but they are less common.

One of the first things that most buyers look at when they are assessing vacant land parcels is whether or not the property is connected to or has access to utilities. Utilities are essential if a landowner plans on pursuing just about any type of development, which is why so many buyers will only consider properties that have this kind of access available.

Improved lands will more often than not have utility access already connected to the property. These are some common utilities that you can expect an improved parcel of land to be connected to (or have available within the area):

For any of these utilities to be available on an improved parcel of land, the owner would have had to put in the time and effort to get them connected, which is a huge selling point for buyers that want to have an easier transition into a development project.

A key feature that a lot of buyers look for when acquiring vacant land is how accessible the property is to the public. Having basic access makes pursuing any kind of development on the land much more convenient and practical for the owner.

Improved lands are generally much easier to reach. A property that is labeled as improved will pretty much always have a road that connects it to the property. In addition, an improved parcel of land may also have a private driveway that makes reaching the property even easier.

The bottom line is that unimproved land parcels are significantly cheaper than improved ones. If a property has not been developed, does not have utilities, and is hard to access, the value of the property will go down a lot, which is why unimproved lands are some of the cheapest real estate options out there.

If the property has been maintained and cared for, this will look much more appealing to a buyer and the market value of the land will certainly benefit from it. In addition, if the owner has connected utilities to the property, developed the land in any way, and has made it easily accessible, the value of the land can increase dramatically - especially if it is an attractive location.