Can You Legally Buy And Own Land On The Moon? 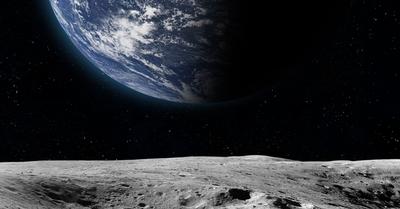 Many people have a desire to own land somewhere in the Us or other parts of the world for various reasons. But, can you legally buy and own land on the moon?

It may seem far-fetched, but you may be surprised how many people search this phrase each day, wondering if it is possible to own land on the moon. In fact, there are some people who will actually sell you parcels of land on the moon if you are willing to fork over money to entities like the Lunar Embassy. Maybe you would like to mine moon rocks for silicates? Maybe you would like to own a large plot of land that you can pass down so that your great-great-grandchildren will be set up for life once moon colonization is in full effect? Either way, before you start reaching for your checkbook, there is something you should know.

Legally, and according to the Treaty on Principles Governing the Activities of States in the Exploration and Use of Outer Space, Including the Moon and Other Celestial Bodies, corporations and individuals cannot legally buy and own land on the moon.

I know that may be bad news for some, but what it boils down to is that according to the Outer Space Treaty of 1967, no nation is allowed to appropriate or claim sovereignty on any portion of the lunar surface. The treaty not only covers the moon but also covers any celestial body outside of the earth. The key reason that you cannot own land on the moon as an individual or corporation is that in order to own land, the land needs to be recognized by a sovereignty. So what is the Outer Space Treaty, why was it created, and why is it significant in the past as well as today?

Let us take a deep dive into some of the specifics about the origins of the Outer Space Treaty, why it is still significant today, what it means to be a landowner, and how that dictates the fact that no one can own land on the moon.

‍What is a landowner?

The idea of what we think of as a landowner, or a landlord, stems from the Middle Ages in England. It was William the Conqueror who declared that all land in the Kingdom belonged to the Crown. Once the declaration was made, William began to parcel out the land to the Church and to his closest supporters. This is where we get the titles Lord, Lady, Baron, and Laird in Scotland. From there is where we get the modern-day term landlord.

It was not until the 1500s that land was opened up for ownership outside of the Crown and its allies. Commoners were then allowed to buy and sell their own land for farming, grazing cattle, and for the most part, how they saw fit.

Today, a landowner is simply anyone who owns the deed to a plot of land, a home, or any structure sitting on a private parcel. However, how this relates to the idea of owning land on the moon is that since the United States or any other country is barred from claiming portions or the entirety of the moon their sovereignty, there is no way for an individual to purchase land and become an officially recognized lunar landowner

Who can be a landowner?

In the United States, pretty much can be a landowner if they have the financial means to purchase the land, if they should happen to inherit the land, or if they are able to qualify for financing from a lending institution.

When it comes to purchasing land outright or inheriting land, as long as the owner is capable of paying the government all of the required property taxes, then the land shall remain theirs until it is sold or passed down to inheritors.

When someone takes out a mortgage to purchase a home or a loan to purchase a plot of land, technically they do not own the land, the bank does. The bank is the owner of the land until the entire loan and fees are paid in full. Once the loan term is complete, then someone is the official owner and is then only required to pay the necessary property taxes.

What is the Outer Space Treaty?

The Outer Space Treaty is a doctrine that was developed to create the foundation of space law. The first three nations to sign the treaty was the United States, the UK, and the Soviet Union. Since then, the list of nations that have signed the treaty has grown to 111 although there are only 16 internationally recognized space programs. The main space programs include the US, Russia, China, the EU, Italy, India, Japan, France, Australia, Brazil, Iran, Israel, Kenya, South Korea, North Korea, and Ukraine.

After the development of intercontinental ballistic missiles and the subsequent space race that followed, it was agreed upon that some sort of agreement needed to be made that strictly forbid the use of outer space to conduct military operations on earth.

Why is the Outer Space Treaty significant?

The Outer Space Treaty is significant because, even though the United States and the Soviet Union were in a posture of war for several decades, it prevented either country from building military bases and testing or putting nuclear weapons on the moon. It is significant for the purpose of addressing the question if an individual can legally buy and own land on the moon because the treaty is the main reason you cannot own private land on the moon.

To be a proper land owner, one needs to purchase or inherit land that is under the governance of a sovereign. Since the Outer Space Treaty of 1967 bans any nation from claiming sovereignty to the moon or any part of it, then technically an individual cannot be a landowner on the moon.

Who is selling land on the moon?

Although we have already established that it is technically impossible to legally own land on the moon, you can still buy land, though it will not have any legal standing. There is a man named Dennis Hope who claimed ownership of the moon in 1980. After his claim of ownership, he created the Lunar Embassy.

If you would like, you can venture over to the Lunar Embassy and make purchases of your very own plots of land, not only on the moon but of every celestial body in the solar system that Mr. Hope claims to own and have the exclusive rights to sell.

Since Denis Hope has begun this venture of taking people’s money in exchange for fictitious plots of land on the moon, several other companies copied his idea and began selling their own plots of land. All of these companies claim that they can sell you deeds to land on the moon, Mars, Mercury, Venus, and more. There is even an Extraterrestrial Passport that is sold for that day when you leave this earth and claim what is rightfully yours.