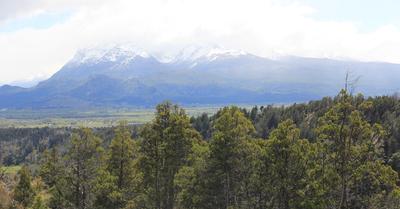 Buying land is a huge investment. Before you do so, you need to know all the pros and cons of owning land in Colorado.

The pros of buying land in Colorado are that you also have low property tax to pay and can develop the land as you like. However, taxes on empty lots are quite high, and even if you build a home, you have to deal with long commute times and payments for basic utilities.

Colorado is green and gorgeous and offers numerous attractions. It features various landscapes that offer something for people of all tastes. If you’re planning to purchase land in Colorado to build the home of your dream, you won’t regret it. However, if you wish to own land to make money out of it, you aren’t in for much luck as the value of land in this state doesn’t rise as fast as in other states, and you’ll have to hold on to the land for longer to make some profit.

Owning land is a huge decision, and you should only invest in land in Colorado after you’ve done your homework right. As experts in the real estate industry, we can tell you that living in Colorado is great, but simply owning land just for the sake of adding it to your asset list is something you should reconsider.

‍Things to Consider Before Buying Land in Colorado

You must consider some factors before you decide to own land in Colorado. We’ve listed down these factors below:

Not all land in Colorado has water and sewage systems installed. If you want to build a house, you should most definitely consider whether the land you’re planning to purchase has access to water and if a sewage system is already installed.

If the water has to be supplied by pipelines, you’ll be required to pay a tap fee and bear the pipe and meter installation cost.

If the water is supplied to the land by a well, you’ll need a permit to drill a well. You’ll also need to bear the expenses of purchasing extra rights for an additional water source for outdoor usage because the state doesn’t permit outdoor use of well water.

If the land already has a sewer system, well and good. You can simply pay the hookup fee, and you’re good to go. If not, you’ll have to get one installed, and that’ll only happen if the land passes the perk test to see how well the land absorbs water. If the land doesn’t pass this test, it isn’t any real good to live on.

Like we said earlier, Colorado features a variety of landscapes, including some pretty rough ones. You must consider how easily you can reach key places like grocery stores, hospitals, and shopping malls.

The state has different zoning laws in different areas. Some zoning laws restrict you to a certain fence height, and some don’t allow you to build outdoor sheds. It would be best to consider the zoning laws in the area you’re interested in buying the land in to know what to expect when you get down to building your dream house.

Pros of Owning Land in Colorado

There are numerous pros of owning land in Colorado that give people good enough reasons to invest their money. Let’s have a look at what these are:

Most people can’t build their dream houses all their lives simply because the land is so expensive. All the money they save would go into buying the land, and they won’t have much left to build a house. But unlike other states, the land in Colorado is cheaper.

You might be able to purchase land in Colorado after a few months of saving. This offers people a chance to build the house of their dreams.

You can develop it by installing water and sewer systems, making electricity available, and then selling it for profit or building a house just like you’ve always wanted.

In fact, even the weather in the state is usually mild and pleasant, so you don’t have to worry about restoring the land following a natural disaster.

You’ll just have to ensure that your land is clean and free of bushes and trash. That’s about it.

You Can Develop the Land

Like we said earlier, the zoning laws aren’t the same throughout the state. If you find land in a zone where the zoning laws favor your plans, you can develop the land as per your wishes.

You can develop the property for personal or commercial purposes and add value to the state’s economy or sell it off for profits. Either way, you’re in it for the win!

Cons of Owning Land in Colorado

Land in Colorado is quite cheap, but its value rises pretty slowly too. You can’t expect to sell the land you own in Colorado at a much higher price than you bought it in a span of a few years.

You’ll have to retain the land for a long time to be able to make a considerable profit. You can earn more in profits in a shorter period of time if you own land in any other state, but if that’s why you’re buying cheap land in Colorado, you’re in for a disappointment.

You’ve Got to Pay for Basic Utilities

The biggest con of owning land in Colorado is that you’ve got to pay for even the most basic utilities that the land should already have. If you’re buying completely untouched land, you’ll have to pay for the installation of water pipelines and sewer systems.

Not only that, but you’ll also have to arrange for electricity. If electricity isn’t available in the area where you own land, you can expect a massive cost to lay down electrical lines from scratch.

Without these basic utilities, your land is just a piece of dirt that’ll serve you no purpose.

If you’re buying land in Colorado to build your dream house, you should be prepared for long commute times. The state has a lot of rough terrains, especially in less populated areas.

It may take you much longer than you expect to reach a grocery store or shopping mall that you think is only a few minutes away.

Even if you aren’t planning to utilize the land to build a house, you might not enjoy the long, bumpy ride that you’ll have to take every few months to go check your land.

While the property taxes in Colorado are much lower than what you’ll have to pay elsewhere, the taxes on vacant lots are pretty high.

You’ll have to pay a staggering 28% tax on undeveloped, empty land in Colorado – which is a lot!

This tax will drop down after you build a home, but as long as the land is sitting idle and empty, you better keep a portion of your income aside to pay the land taxes.