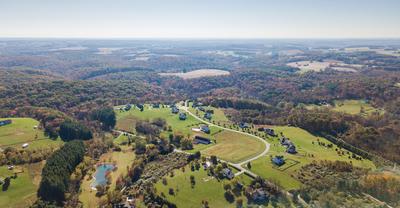 Figuring out where to own land can be confusing. Most resources read like ads and don't have a balanced view on land ownership in specific states.

You might really like a state like Maryland but may be unable to shake the feeling that you aren't seeing the whole picture. Before you become a landowner, you must know the pros and cons of buying land in the state.

Owning land in Maryland is expensive, as is construction. Property taxes are higher than average and drive up the price tag further. In return, you get better access to parks and beaches, an educated population, a variety of services, more job opportunities, and good schools.

In this article, we will explore the pros and cons of buying land in Maryland so you can decide whether it is the right choice for you as a private investor or a future homeowner. By the end, you will know what positive and negative aspects to expect when you buy land in the free state.

You should start by looking at the perks, and if none of them make you excited enough to justify paying at least 15% more than the national average, the state isn't the right fit for your land-ownership goals. Let's start by covering these perks.

A breadth of these perks is tied to a better standard of living, class of neighbors, and outdoor aesthetics. Here are the key advantages of owning land in Maryland. While most of them apply to owning land to build your own home, they also apply to acquiring land as an asset.

It Has Beautiful Parks

Maryland has objectively beautiful parks and a reputation for outdoor beauty. This makes land in the state quite lucrative, not only where it is zoned for residential buildings but also for commercial activities. The owner can sell the land to a park developer or build an outdoor attraction with minimal architectural expenses.

Having land in an area with aesthetic outdoors means you can build a campground or a carnival-like food-truck stop to facilitate the park-goers. That said, the return on land in Maryland doesn't come from the commercial activity for the novice owner but in the sale of the land for a higher profit to an established business.

Being park-adjacent can also be an aspect that is personally appealing to you. In that case, the land is most likely for personal use. For those who enjoy outdoor leisure and spend less free time in the house, owning land in Maryland is a good idea.

It Has Multiple Beaches

Continuing the theme of outdoor aesthetics, Maryland has multiple beaches. Consequently, the private owner might have easier access to a beach. This can matter a lot for those looking to buy land to build a property to retire in.

But that doesn't mean beaches in Maryland are exclusively attractive to those looking to build and live on the land. They're also lucrative for development. If a state has multiple beaches, it is easier to get beachfront property by becoming one of the early land buyers.

It can also lead to an above-market price tag if a mega-developer acquires an entire strip and your land happens to be in the parameters. Most hotel and resort builders like the uniformity of architecture and ownership across a large area and might pay, within reason, above the market rate to simply get private owners out of planned development.

Multiple beaches also mean that even when one doesn't have beachfront land, it is only a matter of building a tall enough building to get a sea view. And even if you don't have the funds to build a skyscraper, someone who has them might become a motivated buyer at some point.

Has Plenty of Employment Opportunities

For retirees and business owners, this perk might not seem relevant at first glance. But if you look beyond the surface, it is quite significant. When people can get jobs in an area, they can afford to pay rent. The potential for rental income is higher, which means investors looking to build residential units can expect a handsome return on land ownership in Maryland.

For retirees who own land in Maryland, being in a commercially thriving place means making friends with affluent and hardworking people, having access to a larger range of services, and living a life without obligatory seclusion. Of course, if solace is your main driver, owning land where there are plenty of jobs might not be for you.

Not all private landowners want to delay building until retirement. If you want to live as an active professional on a property in Maryland, then the higher job opportunities are obviously lucrative. You would not want to get land where you can't earn upon moving.

As mentioned earlier, land ownership for personal use isn't confined to retirement. While retirees with young children can definitely see the value in better schools, having quality education around the corner is an asset in every context. Private investors know that if the land is close to a good school, it can be sold to a motivated family or a multi-family developer.

Those looking to build a home for personal use are interested in schools depending on the age (or the existence) of their kids. Finally, commercial developers can use the presence of schools as a signal for the presence of families. All family-friendly, parent-friendly, and kid-friendly commercial activities can find a market in such a region.

Finally, the greatest benefit of owning land is the security of the investment. No matter how many perks a specific piece of land has, you cannot bet on it if it is not secure. Whether the land is in an area where land-grabbers actively run out owners or is in an area where the crime rate is too high, land ownership can become a liability where security isn't guaranteed. This is a turn-off for all types of landowners.

Fortunately, Maryland has a ten times lower crime rate than the US average and well-regulated land ownership and transfer structure that reduces property disputes. The key perk of owning land in this context is that your ownership is less likely to be challenged. Moreover, if you build anything on your land, you won't have to worry about it being vulnerable to petty or violent crime.

The Cons of Owning Land in Maryland

Now that we have looked at the perks of being a Maryland landowner let's cover some of the drawbacks that you need to be aware of before buying land in little America. These disadvantages are valid for ownership as an investment tool as well as land ownership for personal use.

The Land Is Expensive

Land in Maryland is expensive and can prove to be a significant barrier to entry. For small-time investors, this can mean acquiring a large loan, the interest of which might not entirely fall within the year's deductibles. For personal use ownership, higher investment is even harder to rationalize when the money one saves buying cheaper land can go towards building a better house.

Building a House Is Expensive

Not only is land expensive in the Old Line State, but construction is also costly. With higher competition for talent come higher wages. Paying construction workers (directly or through a contractor) is more expensive in Maryland than the national average.

Materials bought within state boundaries are only slightly more costly, making labor prices the key contributor to building expenses. For personal use owners, this means paying a lot more to live in a home that would've been cheaper elsewhere.

For investors, this might mean higher putting up more money upfront for a potentially illiquid property. On average, the bigger the price tag, the fewer the immediate buyers.

Living, in General, Is More Expensive

This drawback is valid for personal use owners more than private investors. Investors can have a hard time selling their property at times when people have less disposable income. Still, land in Maryland is not impossible to sell. For those who intend to build and live in Maryland, though, this disadvantage cuts deep.

The higher cost of living, unlike expensive construction, isn't something you can put up with once and forget. You have to constantly pay more for electricity, gas, and groceries compared to people in less affluent states.

In Maryland, you not only overpay for products and services, but you also overpay for IRS compliance. Property taxes, alongside general taxes, are higher in Maryland. This is not as big of a deal for investors as these can be deducted from capital gains. But if the capital gains tax isn't high enough, the investor ends up putting even more money into the property, which can contribute to a lack of liquidity.

Should You Buy Land in Maryland?

When you look at the advantages and disadvantages of buying land in Maryland, there is a clear distinction between who should and should not buy land in the state. While there are certain perks for personal use ownership, the benefits lean towards private investors with deep pockets.

You should buy land in Maryland if you can pay more in exchange for better education, a greater variety of services, outdoor beauty, and easier access to beaches and parks. You can also make sense of land ownership in the state if you plan to sell at an even higher price, which is possible in the state.