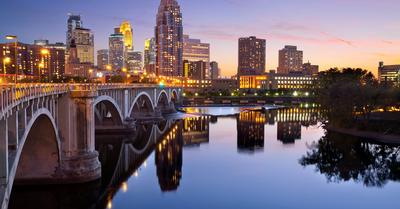 Nobody likes making major decisions in a hurry or without adequate information. This is especially true when buying land or property.

When it comes to buying land, for example, the complexity of the decision is compounded by several factors such as the quality of the land, the market price, the attractiveness of the neighborhood, transport facilities, etc. Property valuation becomes extremely critical during the buying or selling of land.

Minnesota is one of the best places to buy land and put down roots. It is the twelfth largest and the twenty-second highest populated state in the United States, with a total census of 5.6 million people. Dubbed the northern star, Minnesota is a place most people can afford to live.

With its clean cities, small-town charm, strong economy, and numerous opportunities for recreation and relaxation, it is rightfully ranked as the best state to live for its quality of life by Politico, Forbes, and CNBC.

Based on a range of criteria, we discuss the advantages and disadvantages of land ownership in Minnesota in this post.

Residential real estate is priced variably. Your realtor can assist you in finding neighborhoods and residences that are most suited to your specific financial objectives. While mortgage rates are on the rise, they remain low and attractive in Minnesota. Housing is generally inexpensive, yet it remains a sellers' marketplace, with costs gradually increasing and as such also the competitiveness for listed properties. Whether the prices will stabilize or decline in the near future remains speculative.

Spring is typically a busy period for property transactions. On the other hand, winter might be an excellent time to purchase land in Minnesota prior to the spring rush. As their after-tax incomes and purchasing power continue to improve, millennials increasingly represent a large segment of the population who can afford properties and real estate, both as first-time homebuyers and up-size consumers. Individuals and families are acquiring residential properties in communities that fit their lifestyle choices.

As per Zillow data, the typical property price in Minnesota is approximately $225,000. If you are inclined to buy instead of sell, the advertised price is around $40,000 more. The rental rate in the state is approximately $1,500 per month. Property and rental rates have climbed by 8% in recent years, particularly in the Minneapolis-Saint Paul metro region.

There are also excellent offers available in Minnesota if you choose to reside in a few of the state's more remote locations, such as Hoyt Lakes. Certain apartments are advertised at $500 per month, relative to a much higher $1,223 per month for a similar place in Minneapolis for the same amount of time.

Minnesota’s most ideal places to live are its Twin Cities - Minneapolis and St. Paul - which together account for roughly 60% of the total population of the state. Both towns have an abundance of museums and art galleries, delectable eateries and microbreweries, nature hiking trails, or other forms of outdoor recreation. You can just not go wrong when purchasing land in Minnesota.

While the major urban centers in Minnesota offer plenty of job opportunities, the employment rate is also quite impressive in less urban areas. If you wish to make the land you will own in Minnesota your primary residence, you will be happy to know that the neighborhood is home to Seventeen Fortune 500 corporations, notably Best Buy, 3M, and UnitedHealth Group.

As of 2019, the unemployment rate hovers around 3%, which is close to the national median. Additionally, you'll make more than just the federal minimum income, since the state's base pay is $9.65 per hour. That is one of the most competitive income levels you will find in the Midwest.

Splendid Weather throughout the Year

Besides the economy, cost of living, and living conditions in a region, climate and weather conditions where you choose to own land, including Minnesota, greatly affects your buying prospects. For instance, the climate in Minneapolis enjoys all four seasons in bloom. Minnesotans embrace every season with great enthusiasm, something which is reflected in the great diversity of their outdoor activities.

Summers are pleasant, if occasionally warm and humid. This is the time to seek outdoor adventure in parks and along rivers, or hold peaceful social events on the terrace or roofs of homes. Fall, on the other hand, has its own charm for the Minnesotans, a celebrated time when leaves fall, birds migrate south, and neighbors congregate around a bonfire.

While winters may be a bit extreme here, with temperatures sometimes falling below zero, they nevertheless deter the hardy Minnesotan from enjoying the weather with exciting winter sports. The local inhabitants continue to go to employment, attend public events and celebrations, and participate in outdoor sports such as snowmobiling, skiing, snow tubing, and ice fishing. As winter draws to a close, spring arrives in all its glory - lush greenery, budding flowers and shrubs, migratory birds, and comfortable temps.

While mortgage rates remain low as we mentioned earlier, the overall tax situation is seemingly different. One explanation as to why Minnesota has not experienced the severe fiscal deficits as some other Midwestern states are the state's surprisingly high tax rates.

The state has four tax brackets for different income levels with their own tax rates, each with a minimum rate of 5.35 percent. It may reach 9.85 percent, depending on your annual salary and tax reporting status. If you relocate to an area for retirement purposes, you should be aware that the government taxes Entitlement Programs and any other sources of retirement funds.

While real estate taxes in the province are relatively low as compared to the rest of the nation, the sales tax rate on transactions varies between 6.875 and 8.875 percent, based on where you reside. This means that living in Minnesota can become rather inflated, particularly if you are living on a limited income.

Public Transport in and outside the Twin Cities

An important aspect of buying an ownable land in Minnesota is how accessible it is via road and other modes of transport. This also has a profound effect on the price of the land.

If you live or work in central Minneapolis or St. Paul, using the public transit system is a convenient method to move about. When you feel that the suburbs are the best alternative for your family dwelling, on the other hand, managing your responsibilities without a car becomes almost overwhelming.

Due to the extensive road treatments required to combat the ice conditions that occur 4-5 months of the year in Minnesota, you'll need to look into a ceramic coating for your vehicle and be diligent about rust spots.

The crime levels in a location also affect the desirability of owning land or a home in that region. Minneapolis has a violent offenses rate of 1,063 recorded occurrences per 100,000 residents. That is over twice the national average rate.

In 2015, 47 murders were recorded. While the rate of unemployment is minimal, the majority of jobs are part-time or low-wage. Around 1 in 5 homes are impoverished, which puts an additional strain on the total safety net.

While we have talked about the seasonal variety found in Minnesota, we must caution you that the winters can actually be quite harsh in some areas. This can be a dealbreaker for many buyers looking forward to owning land in Minnesota or permanently settling there. Even if you find yourself living in the twin cities, the cold weather in Minnesota can indeed be terrible. Snowfall tallies are often expressed in feet rather than inches, particularly in the northern regions of the state.

Even though the plows are often operating at full capacity after a storm, it may be 3-4 working days until you can walk your dog again. Then there are also the spine-chilling winds that may infiltrate from the Arctic, routinely dropping temperatures to -20°F.  Tower, a tiny settlement in northern Minnesota on the southern coast of Lake Vermillion, set a new record temperature of -60°F (excluding wind chill) in 1996. If you prefer to stroll or commute by bike, this disadvantage might significantly hinder your efforts.

The very first snowfall is experienced in October, while the last one can fall as far as May. According to weather reports, some nights can be so cold that your snot quickly freezes when you go outdoors.

Although the summertime is pleasant due to the state's position in the northern Midwest, the temperatures rise just enough to attract insects. Because the region has hundreds of lakes, it becomes a fertile breeding site for mosquitoes.

Minnesota is one of the leading producers of sugar beet in the United States most years, but it can also mean some nasty bites from the parasites due to the widespread cultivation of the crop. If you want to enjoy the many outdoor activities unique to Minnesota, you will be wise to take the necessary precautions, such as investing in a decent insect repellant.

Buying or owning property anywhere is hardly an easy or a straightforward process. However, we hope that this post made the decision a bit easier for you if you are looking to buy land in Minnesota. If you time your purchase or sale well while keeping in mind the market conditions and real estate prices, there is no reason why your deal cannot be lucrative.

Brittany has been in the land business since 2020 when the world was starting to shut down because of COVID-19. Since then, we’ve sold to dozens of people from ATV weekend warriors to camping enthusiasts to retired truck drivers. Our inventory spans mostly in the western United States. We’ve been trained by experience, land acquisition courses, and hundreds of hours meeting with county assessors and clerks, zoning officials, realtors, and land investors. We’ve answered hundreds of questions from people regarding the buying and use of land.