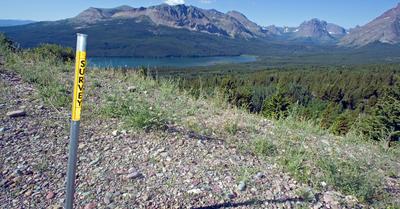 Are you a nature lover looking for a calm spot to call home for the rest of your life? Do you want to go fishing with your loved ones under a beautiful sky?

If we say it's possible in Montana, would you believe us? We humans have an inherent affection for the natural world. A place surrounded by greenery and vegetation will undoubtedly appeal to the majority of us. Consider buying a home near a lovely lake, a river, or a hilly area where you can travel in a few minutes. Doesn't it sound enticing?

Purchasing real estate in Montana can help you turn your aspirations into reality. Whether you want to seek serenity or make the rest of your life an adventure, this Big Sky Country has all of what you've been searching for.

In addition to homesteading, the land of Montana can prove to be the best investment for you if the purpose of your purchase is ranching or cultivation. Apart from the landscapes, there are of course these cities as well which have been extensively developed to accommodate and facilitate a large population of people. But you know, where there are benefits, the losses come as well.

We've analyzed all of the benefits and drawbacks of owning land in Montana to help you make an informed decision about your real estate purchase. But! Allow me to clarify something before we begin. It is not about finding an ideal state or city; rather, it is about finding a balance between a place's advantages and disadvantages and keeping that balance to get the most out of it.

Montana is the western state of the US with a population of about 1,085,407. In the west, it is bordered by Idaho, another wonderland of America.

Being called the Treasure State, Montana is one of the healthiest states in the US. It is ranked number 13th for the good quality of life.

Following are some of the pros of owning land in Montana.

When it comes to stunning splendor and awe-inspiring scenery, Montana is just unmatched. It is also the reason why this state is so popular with tourists who travel from all over the world to visit it.

Many polls have ranked this Big Sky Land as the most beautiful area to live in the United States. Montana is home to a diverse range of landscapes. Along the entire length of the state, there are big rocky mountains, beautiful lakes, rivers, and meadows.

Besides mountains and lakes, there are also some very beautiful national parks worth visiting in Montana. The recreational sites allow outdoor enthusiasts to perform a variety of activities like hunting, skiing, golf, hiking and fly fishing, etc.

Some natural places that are worth visiting include:

Land in Montana retains its value regardless of the reason for purchasing. It does not devalue like a new car does when you drive it a lot. Instead, as the population grows, the value of the land increases with each passing day.

So, if you purchase land now with the intention of selling it later, you will have made the greatest investment of all time. You may see your land grow in value without putting forth any effort. When you sell it later, it will provide you with a profit. If you truly want to invest in real estate, there is no better option than this.

Montana is ranked 20th out of 50 states in terms of the tax rate. You can see why being a landowner in Montana is advantageous now.

Montana has a considerable employment rate which ranks it among the states with the highest GDP (Gross Domestic Product). According to the official website of the Montanan Government, the state has had the 7th strongest economy among all other states of the US. The statistics also show how Montana has managed to grow its GDP at a quicker rate than the national average, which is 6.7% in 2021.

Similarly, the state's per capita income has surpassed the national average. Although agriculture continues to dominate Montana's economy, tourism, mining, and timber are all booming businesses in the state. Montana has also emerged as a hotbed for high-tech companies and entrepreneurs.

Throughout the state, there are numerous opportunities for high-level education. For the time being, a number of reputable educational institutes have been developed in the state. Some of these are private universities, and others are public institutes. Here, the students can pursue their education in different fields of Science and Technology. Some of the renowned institutions include:

Here are the cons which you must consider before finalizing your real estate deal.

Montana's broader skies bring with them temperature extremes, especially in the winter. During the winter, the temperature drops too much below freezing. Some of these weather conditions could be tough to deal with.

Mountains surround the state on all sides, but they can't always keep the severe winds and huge thunderstorms at bay. Summers can be quite hot, particularly if there are no hills and only wide plains. If you live near the Canadian border, you should be prepared for cold temperatures as early as October.

Montana's temperature fluctuates dramatically and unpredictably. From November to March, temperature changes of up to 100 degrees Celsius every week are normal. The temperature ranges from -50°F to 50°F. To defend yourself from severe temperature swings, you'll need to dress appropriately.

The population of Montana is growing with each passing day, thanks to people's growing interest in natural areas. Well-off people from large cosmopolitan cities have moved here in pursuit of a better life in the vicinity of nature.

Apart from the natural environment, people also move here in search of jobs. The end result is the same for all demand-supply curves. Due to the growing population, housing is becoming limited. It has driven up the cost of land in the state, making homeownership more expensive than it has ever been. Many of the advantages of a lower cost of living are canceling out one by one.

In bigger cities and suburban areas, there is a reliable public transport system. However, due to the growing population, public transit is restricted and insufficient.

So, unless you don't intend to leave town, you should be prepared to own a personal vehicle. Consider purchasing a four-wheeled vehicle, as the winters are harsher and the roads are perilous for biking. Additionally, rural roads may be challenging to navigate.

Because there are so many open roads and so little traffic in this state, residents frequently exceed the speed limit. While driving, you must be cautious of your own safety. Rural roads do not receive the attention they deserve, and many are still uneven and unsafe. If you're stuck in the snow or in a storm, chains won't always get you out of a jam.

You must adopt a secluded lifestyle when living in Montana. It's because certain parts of the state are geographically isolated from others. The settlements are separated by a large distance. In some towns, you may be unable to find a petrol station. As a result, before driving to distant places, make sure your tank is totally full.

Electricity can be knocked out in distant areas by a thunderstorm. After a severe thunderstorm, you may have to live without power for several days. On the other hand, you may not have to be concerned about such difficulties in other parts of the United States. To put it another way, living in Montana requires being self-sufficient. You should, for example, keep emergency supplies on hand at home and in your car.

If you ever get the opportunity to live in Montana, you will notice that the locals have a totally distinct political inclination. Montanans are unquestionably kind and polite, yet they are adamant about their political ideas. Be prepared to engage in a political debate with someone who holds a different position than you.

On the basis of the political approach, the most significant division is between urban and rural populations. Urban voters are more inclined to vote for Democrats, whereas rural voters are more likely to vote for Republicans. While residing in Montana, you'll have to deal with this distinction as well. 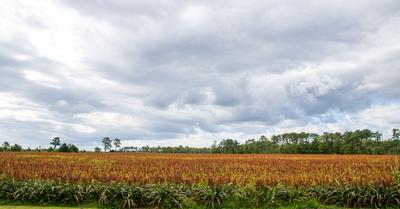 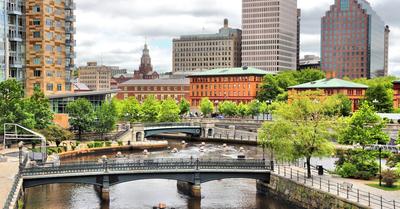 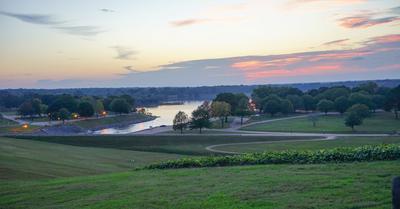