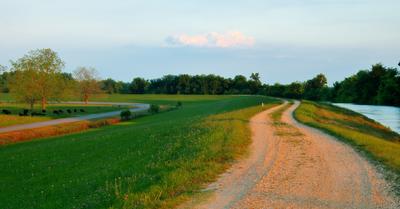 If you're looking to own land in Louisiana, you have some work cut out for you. Let’s discuss the pros and cons.

Land prices in many states have greatly increased over the decades, making many people with land wealthy. However, they remain low in some states, including Louisiana.

Buying land in Louisiana may give you a huge return on investment if land prices increase. Louisiana is also a state with great food, fun festivals, and a lower-than-average cost of living. However, the state has extreme weather and some other disadvantages.

The cost of living is low in many ways that count. Transportation is cheap; childcare is even cheaper. Louisiana is a great state to either buy investment property in or build a home in.

I bought land in Louisiana and moved there six years ago, and I love the state. My land is worth more than when I built a house on it, and I expect it to be worth much more in the future. The large property value increases that happened in other states in the past will happen in Louisiana in the future.

$15,965 is an average price for current land deals and nowhere near the lowest price you can get. You can find much cheaper land in Louisiana and elsewhere.

Land in Louisiana is vastly cheaper than land in some states (on Rhode Island, it is currently selling for $101,732 per acre on average) but a fair bit more expensive than in others ($4552 in New Mexico). While land in Louisiana is not dirt cheap, it is cheaper than in most states. If you want to buy raw land to build a home, Louisiana might be a good choice if you like the state.

Is the Value of Land Increasing?

Since the value of a dollar is much lower than in 1975, land has become much more affordable in some states. While the average price of land to build a home in Louisiana did increase above $15000, it is still a cheap state. You can save money if you buy land in the state now, and you might make a fortune if land prices increase.

What Does it Cost to Build a House in Louisiana?

Building a house in Louisiana costs around $118.49 per square foot. The usual range in the state is from $95.37 per square foot to $141.60. Local contractors will estimate the price for free.

Is the Value of Real Estate Increasing in Louisiana?

Why Buy Land in Louisiana?

Louisiana is a state where land is still cheap but will probably not remain cheap for long. If you invest in land in Louisiana now, it might be worth many times more in the future. Many people have always become wealthy by buying land in the right place at the right time.

If you choose to buy land and build a house in Louisiana, you will find it is a very fun state with some of the country's best cuisine and most interesting festivals and celebrations. It is not a one-sidedly great state, but most people who move there are happy.

Does Louisiana Have a Low Cost of Living?

Yes, the cost of living is reasonably low. The state has managed to recover from the devastating 2005 hurricane because of its competitive cost of living. Not only is there cheap land, but cheap childcare, cheap transportation, and more.

The Cost of Living in More Detail

Living in Louisiana may be more than a little cheaper than living in the United States in general. Many prices are similar to the national average - restaurants are cheaper in Louisiana than in most other states, but only about 4% cheaper.

Grocery costs are very similar to the national average, only 0.3% more expensive. Cheese is more than a little cheaper (16.1% less), as is milk (11% more), plus potatoes (15% more). Bread and apples are within a few percent of the national average prices.

One of the best things about the state is that housing is relatively cheap. A 1-bedroom apartment costs $972.75 in a downtown area and $773.80 outside of it - 20 or 25 percent cheaper than the national average. An internet connection is only a few percent cheaper than normal.

Many other things, such as coffee, cigarettes, jeans, and shoes, are within 5% of the national average. Gym memberships are a bit expensive (17% more), and a dress costs 13.3% more than average.

Part of why Louisiana is one of the more affordable states is that many people left permanently after the devastating 2005 hurricane. Of the 250,000 people that went to Houston after Hurricane Katrina, 100,000 of them never returned. So many people left that it lowered the cost of living.

While New Orleans survived and, to some extent, recovered after the hurricane, the population as recently as 2015 was well under what it was in 2005.

Advantages of Life in the State

Louisiana is a very fun state with lots of great festivals and traditions. You can drink publicly in most places. Public drinking is legal and accepted, similar to how it is in Las Vegas.

There are bars where you can drink any time of the day or night because they never close. Bars that do close eventually are still open very late in the state.

Events and celebrations in Louisiana can go on for weeks instead of only a single week or weekend. Mardi Gras is the best example of this. You can party for weeks at any time of the day or night.

Louisiana Can Be a Great State If You Have a Family

Mardi Gras isn't only about drinking and partying - there is also a family-friendly side to the event. There is plenty to do during the day with your children during Mardi Gras. People of all ages usually love the festival.

Louisiana also has distinctive cuisine - beignets, fried cuisine, and countless creole dishes to try. There are hundreds of restaurants to try, plus food festivals such as the oyster festival and the creole tomato festival.

Louisiana is One of the Most Dog-Friendly States

You can bring dogs into many stores and bars. While stores in most states exclude dogs other than guide dogs, Louisiana is more lenient. There are also lots of great dog parks in the state.

Disadvantages of Life in the State

The state is vulnerable to extreme weather. While nothing as bad as Hurricane Katrina has happened in the state since 2005, another severe hurricane could come along. While your house may never be badly damaged by a storm, you will still experience storms.

Since 2005, more than 14 billion dollars have gone into building hurricane defenses for the city of New Orleans. While this does not make the city or the state completely safe from severe weather events, the state government does take hurricane control seriously.

Not Everyone Likes the Lack of Hills

While many people like the flat ground that doesn't impede your transportation and is great when biking, other people dislike the lack of hills. Some people prefer the hills and valleys that there are in other parts of the country.

While land in Louisiana is cheap, it is not the cheapest. Land in New Mexico, Nevada, Wyoming, and South Dakota is cheaper than land in Louisiana. These states have very low populations, so there is lots of land that people don't want. Idaho, North Dakota, and Nebraska also have cheap land.

There Are a Lot of Insects in Louisiana

Louisiana has caterpillars that fall out of trees and can sting people, fire ants, and brown recluse spiders. You can avoid these bugs most of the time, but it may not be a good state for people who hate bugs.

The crime rate is somewhat but not far above the rate in most states. The violent crime rate is 6.38 per 1000 per year, compared to a national median of 4 per 1000.

While Louisiana is not the safest state, you can avoid crime by living in a safe town or neighborhood. If you buy land in a rural area, you will mostly avoid crime.