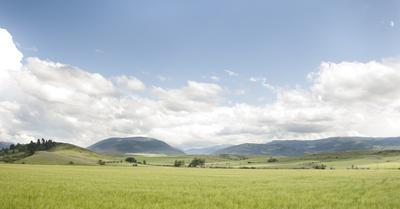 Throughout the United States, we have numerous classifications for lands that determine their use and public accessibility.

Parcel access lands are private properties that allow a certain level of public access.  Public access lands are all lands that are open to the public within boundaries of the restrictions in place on them.  Open range lands are any type of land that is designated specifically for cattle to roam.

These are some of the most common land classifications that you will find throughout the nation and their level of public accessibility greatly varies.  These land classifications were designed to clarify the rights and regulations in place for different properties.  With that being said, there are exemptions in every rule and sometimes regulations are more strict or loose depending on the land.  The best way to identify how accessible these lands are is to either contact the authority of the property.

Parcel access, public access, and open range lands are overseen either by private landowners, private land trusts, the National Park’s Service, or the Bureau of Land Management.  In addition, these lands could be owned by your county or state government.

When you think of parcel access lands, you should really be considering any land that has officially been privatized that allows some form of public access.  There are a few different scenarios where this takes place - but the primary reason for all of them is to benefit the public in one way or another.  Let’s take a look at the common reasons we have parcel access lands in our country.

Parcel access lands generally entail that a private landowner has come to an agreement with either the state or federal government to allow a form of restricted entry to their property.  One of the most common reasons for this is when a landowner has an extremely large property that takes up an area that is inconvenient for some form of government development.

Usually, we will see parcel access lands as we drive through them on certain highways and interstates.  As you drive on these long cross-country roads, it’s common to see farmland or industrial property on both sides that the road has split.  The majority of the time this is property owned by a single individual or organization, which has cooperated with the state or federal government to allow a road to be built through their land.

This is a standard approach for building logical infrastructure that is both cost-efficient for government spending and convenient for commuters and travelers.  Without the compliance of private individuals in the pursuit of parcel access lands, our road infrastructure would be highly illogical and inconvenient.

This practice was first widely seen implemented during the building of the original railroad throughout the United States where massive amounts of ground was needed to be covered to efficiently build tracks.

A common reason that we are allowed to have parcel access to private lands is for some form of outdoor recreation.

Much like with infrastructure, a private landowner has come to an agreement with a government organization to allow access to their lands through an easement.  Most easements that we usually see are to build roads and highways.

However, it’s common to have private landowners or non-profit land trusts allow access to their property for the sake out outdoor recreation.  This generally occurs when a private property went through a conversion process known as a conservation easement.

Through this process, private land is evaluated and validated through an environmental inspection.  If the land is approved as having environmental value and significance, it will be converted to conservation land.  This is very much like the conservation lands that are scattered around the United States, which are protected for ecological reasons.

There are many forms of public access lands throughout our nation.  What any public access land entails is that the land is owned by the city, state, or federal government.  While these lands are classified as public, that doesn’t necessarily mean that they are ours to do with what we please.

These lands fall into many different sub-categories that clarify what kind of access the public actually has to them.  The reason for this is generally to protect the local environment of the area and to mitigate the harm being caused by humans.  In addition, public access lands may often go through regular upkeep and maintenance to ensure public safety.

Let’s take a look at the different types of public access lands that we have.

The various National Parks within the United States may be considered the most treasured and protected public access lands in the entire country.

These parks undergo strict environmental evaluation and protection, which is why they have some of the strictest regulations in place to preserve their ecology.

With that being said, these parks are open to the public but with careful oversight that is overseen by various forms of restrictions.  This means that while you are allowed to access these parks, you must adhere to the policies in place.

Our National Forests make up millions of acres of land throughout the country.  These public access lands are much easier to get into and have much more lenient restrictions in place on them.

The reason for that is that they are not managed by the National Park’s Service, but rather the United State’s Forest Service, which doesn’t adhere to the same conservation and preservation standards.

The benefit of these lands is that they are not only open for public access for daily outdoor recreation, but also for permit-free camping.

In addition, National Forests are much more utilized for the purpose of harvesting natural resources such as timber, which is why it’s very common to see logging operations in action when visiting them.  The main reason why a National Forest would be closed for public access is in the case that logging in the area interfered with public safety.

The most common public access lands you likely see and visit regularly are our public parks.

These modest yet incredible parks offer an easy retreat into nature within city limits.  You can find these parks everywhere and they are open for public access with minimal oversight and restriction.

You can visit these destinations for outdoor activity, social gatherings, or simply relaxation.

These public access lands are practically always overseen and managed by your city or local country government.  Given that they tend to have less environmental significance, they are more relaxed when it comes to conservation guidelines.

In addition to designated public lands that have been established under some form of environmental protection or oversight, there is still plenty of space throughout our nation that is simply declared as wilderness.

While these are still government-owned public lands, they tend to fall under a different category of protection.

The reason being is that wilderness areas are public access lands that serve as a bridge between various natural public lands.  For example, an area around a National Park may fall into a wilderness classification if it has some form of environmental quality or natural aesthetic.

It’s common to see a wilderness area connect a National Park to a National Forest, as well as other protected public access lands.

It’s very common when driving through the countryside of the United States to see signs such as ‘open range’ or ‘cattle crossing’.

This was a common trend that started during the 1800s as Americans began utilizing their wide and vast landscapes for the purpose of raising cattle.  These large areas of land were perfect for herding cattle and letting them graze lands that would otherwise be left without purpose.

Where open range lands can become tricky is that they can essentially be any land that has not been officially declared free of open range.  While this is generally a black and white issue in urban areas that have strict guidelines on animal ownership -especially for farming purposes - out in the countryside it is open season.

With that being said, you can commonly find open range lands as a bridge between private lands and public lands.  This was set up as a way of promoting cattle farming in a way that was practical, efficient, and economically beneficial for both the farmer and the government.

This practice was greatly popularized and accepted for much of the 1800s and early 1900s, but today it comes with a little more backlash from private landowners.  The reason for this is that not every person wants to have cattle grazing their lands, which can lead to land degradation, as well as other forms of pollution.  In this situation, private landowners must personally put signage that prohibits such access and often even set up barbed wire fencing that blocks cattle traffic.