What Is A Parcel Of Land? 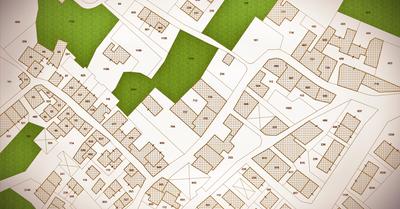 If you’re not sure what a land parcel is, you’re not alone. It’s become a bit obscure in it’s meaning, and most people never have a reason to know what it is.

Simply put, a parcel of land is property defined for tax purposes. It can include one or more lots, which don’t have to be adjacent. This makes it simpler for local governments to collect property taxes from people who own multiple or very large properties.

Parcel is not a clearly defined term; while the basic definition of a piece of property defined for tax purposes is true nearly everywhere, the exact definition of a parcel can vary. Local governments are free to decide if they want to limit the size of a parcel, or if they’ll define two lots separated from each other as one parcel, etc. Most people don’t know about parcels because they only own one lot, so for them lot and parcel are effectively interchangeable terms. For others, the difference between a lot and a parcel can have major financial implications.

Real estate and tax terminology is a murky area that can confuse the best of us. To help make things easier for you, we’ve done all the hard work and research to explain exactly what a parcel of land is, and why it matters for you to know.

‍The difference between a lot and a parcel

As you shop around for land, you’ll see some land labeled as lots and some as parcels. The difference between the two isn’t immediately obvious, and it can seem like the terms are interchangeable.

They mean different things, though, and if you’re going to buy land, it’s crucial that you understand the differences in the two terms. The exact definition of each can actually vary somewhat from state to state, but in general, here are the differences.

A lot is a defined subdivision of property that has specific legal permissions for how it can be used and developed. This means that, when you purchase a lot, you have to be aware of what that lot can be used for. Some are zoned for residential use, others for business, etc. Each lot typically has clear restrictions on how it can and cannot be developed and used.

In most places, a parcel is simply a unit of land. In effect, it’s a broader term which often includes lots. One way to think of it is that a parcel is usually defined for taxation purposes but a lot is often defined for zoning purposes.

A parcel can consist of multiple lots, or it can be just one. Or, in a rural area especially, it’s possible that the parcel doesn’t include any lots. Buying a large ranch or farm, for instance, would technically mean buying a parcel, but it’s unlikely that parcel would be divided into lots, since there’d be no need for it.

To put it simply, a lot is a piece of property that’s defined for ownership and development purposes, while a parcel is defined for taxation purposes. If you buy a parcel, you may be buying multiple lots, those lots may not be adjacent to each other, and they may not be zoned the same way either. You might be buying three lots in three different neighborhoods, only one of which is residential. Or you might be buying five lots all right next to each other.

What is a parcel of land?

A parcel is a unit of land defined by the local government for tax purposes. Your property taxes are paid on the parcel, not the lot.

Parcel and lot are often treated as interchangeable terms because, for most property owners, they are the same thing. If your parcel only has one lot in it, there’s no effective difference between the lot and the parcel.

Most of the confusion about land parcels stems from the fact that the term is very loosely defined, which makes it hard to give a clear, concise definition for it.

Do I have to buy/sell the whole parcel?

If the parcel consists of more than one lot, it’s relatively simple to sell off portions of it. In fact it’s fairly common for large rural parcels to be sold piecemeal like that. You will, however, have to work with your county tax assessors office to do this, since it has tax implications.

If you’re dividing a parcel, the tax assessor needs to know how it’s going to be divided so they can charge the appropriate amount of taxes to the appropriate people. Otherwise you could end up paying property taxes for land that you no longer own.

How do I know exactly where the boundaries of my parcel are?

Typically, when you buy property, a survey is done to identify the exact legal boundaries of the property. This should be provided to you before you finalize the purchase. It’s possible, though, that the survey of your lot doesn’t include the entire parcel.

Since the lots in a parcel don’t have to be adjacent or contiguous, a surveyor may survey one lot without realizing that there are other lots that need surveying.

It’s also possible for a parcel to include more than just one lot, but not two complete lots. In other words, the parcel may extend beyond a lot, but without enough additional land to form two lots. This is most common in residential developments, where the layout of the development requires some odd-shaped properties that don’t quite fit into a survey grid. In this case, the parcel will include additional pieces of land added onto the lot. Usually, this is clearly denoted by the fence lines, but if you suspect that your parcel is not accurately reflected by the survey you can contact the county tax assessors office. They will have an accurate record of the parcel.