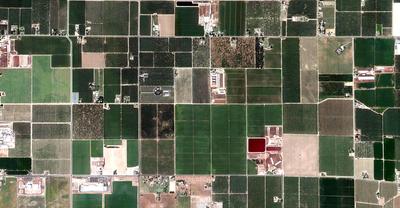 If there’s one thing that tends to get in the way of developments it’s zoning, which is something you’re going to want to be well familiarized with.

The process of zoning land has been notorious for causing quite a few headaches for some developers and can be a huge limitation for designing building projects and getting them officially approved.  The reason for this is that each area tends to differ in its zoning restrictions - with some having relatively loose zoning rights and others having very strict regulations.  These zoning restrictions are generally established to create a sense of order and organization for development projects.  To prepare you for the process of zoning your land, we have created a complete guide to take you through all of the details and restrictions.

After years of working as a member of a zoning council, I’ve had firsthand experience in dealing with the restrictions and regulations that come with implementing zoning laws on various types of land classifications.

The process of zoning land can be strenuous and taxing, which is why you want to be equipped with all of the right resources and information before you begin taking action.  The biggest determining factor for your zoning rights will be the location of where you want to pursue development.

The reason for this is that your location will signify to your local building authority what sort of developments are prohibited in your selected area and what sort of guidelines you have to adhere to.  A good place to start is to determine whether you are building in a rural area or an urban city.  If you are developing a project in a rural environment, you will likely find that there are far fewer restrictions in place in regard to zoning laws and you should be able to have a lot more freedom for your project.

However, if you are planning on pursuing development in an urban environment, you can expect to find a lot more obstacles and red tape in front of you.  Regardless of what you end up developing, the first thing you want to do is determine the classification of your build.  The most common classifications are residential, commercial, industrial, and agricultural.  More on this later.

Once you have established this you will need to take the plans for your project to your local building authority.  To do this, schedule an appointment with your local municipality’s zoning official to review the plans and details of your development.  Ideally, prior to this, you would have done some personal research to ensure that there are no blatant violations in your plans.  If the official finds that your plan is up to code, you will be granted approval to start building.  However, if the zoning official found issues with your development, the violations will be cited and you will have to revise your plans.

A key element to zoning restrictions is that these laws are generally determined by the classification of your development.  A major part of this is that municipalities have agreed on certain land types being restricted to certain areas to encourage efficient urban planning.

You can expect to find that zoning rights have a certain level of synonymity in urban cities across the nation, but you should always confirm the zoning laws of your area before jumping the gun on any development.  Let’s have a closer look at the primary zoning classifications.

One of the most common types of developments that you will see will be residential properties.

This type of zoning classification generally gets a lot of oversight in urban communities, as private residences are generally designated to be located in certain parts of urban environments.

The reason this is done is to create living spaces that are comfortable and organized for everyday citizens.  Establishing a residential zoning classification within urban communities is why we neighborhoods that have been specifically allocated for housing communities.

This helps prevent neighborhoods and small suburbs from becoming business districts and helps keep the value of the land at a balanced cost.

If a land parcel has been classified as commercial under zoning rights, it means that any development that is established on this property can only be used for commercial businesses.

You will likely never see a commercial zoning area located within or too close to a residential neighborhood for this reason.  This helps maintain a level of separation from living areas and business sectors.

A commercial business will have to adhere to different zoning restrictions than a residential property, which generally aims at controlling how business is conducted on the property.

You can expect to find the location of commercial businesses to be primarily in cities, but they can also be found in urban outskirts and even rural areas.

An industrial development will generally have some of the strictest zoning restrictions and will almost exclusively be found outside of cities or in rural environments.

Industries often face a lot of scrutiny from zoning officials, as these sorts of developments are more complex and have a reputation of conducting business in a way that is more invasive to their local environment and public community.

A property that has been classified for industrial use can expect a substantial amount of red tape and regulation, which is why they tend to be located further away from the general public.

If a land area has been classified as agricultural under zoning laws, it means that the property can only be used for farming and food production.

Agricultural lands are rarely if ever found near urban living areas and will generally be located in rural areas. These properties have been classified as agricultural land based on their environmental qualities.

If a municipality or county wants to reserve a selected amount of space solely for food production based on land features such as fertile soil or freshwater resources, they will classify the area as agricultural land under zoning laws.

Aside from location restrictions, zoning laws can be quite in-depth and require careful planning to ensure that the process of development is smooth and does not face any legal trouble.  This can particularly be an issue with zoning regulations that are complex and easy to overlook.

With that being said, the last thing you want to do is commence a building project to find that halfway through your build there was an issue with your planning, which results in modifications needing to be made that affect the budget of your development.  Let’s dive into the different types of zoning restrictions you can expect to see.

One of the most common zoning restrictions found within urban environments, in particular, will involve the dimensions and positioning of your project.

Cities tend to require that buildings are confined within a certain height and width.  This is done to create a sense of cohesion between the various properties located in an area.

However, this also has to do with safety, as the positioning of a building is also determined to prevent hazards such as fire emergencies.  You can also expect the positioning of some developments to be restricted by zoning laws to allow efficient access to the property.

You will find that many urban properties have strict zoning guidelines, which limit or prohibit property division.

Many real estate developers and landowners often like to capitalize on their land by diving their property into multiple sections to pursue more than one building project - or to sell off land units individually.

While most zoning restrictions for property division in rural environments are generally pretty lax, urban cities are known for having guidelines that do now allow developers to do this.  Furthermore, you may have zoning restrictions that limit how many rooms you are allowed to divide into your household.

Building additional structures on your property may be a violation of the zoning rights of many areas.  This is particularly the case for urban cities.

Municipalities will likely prohibit you from developing structures or buildings that are used specifically for housing.  They do this to limit the number of people that can reside in a given living space to avoid population and traffic congestion.

However, you may also be limited on other structures that you can develop such as fencing and barriers.  These could include zoning violations that limit the height of your fence or even prohibit the structure altogether.

As environmental guidelines become increasingly popular, zoning authorities are constantly updating their guidelines for ecologically sound developments.  These regulations are in place in both rural and urban areas but tend to fall heavier on industries.

Zoning regulations could limit any sort of development that interferes with the livelihoods of various plant and animal species or any sort of building project that jeopardizes valuable natural resources such as freshwater.

Most urban cities, especially residential districts, rarely face too much oversight on environmental zoning laws.  However, the industrial complex, agricultural farms, and even commercial businesses often deal with a hefty amount of environmental regulations.

An incredibly challenging set of zoning restrictions to overcome are any regulations tied to the materials of your property.  This sort of zoning regulation will almost exclusively be in urban cities which have significant intrinsic or historic value to the community or area.

If a neighborhood, household, or even commercial business has been maintained to present a specific type of aesthetic or retain historic value, then you may be limited by the types of materials you can use to remodel your project - or you may be prohibited from making modifications altogether.

This can be extremely challenging and costly for many developers, as you will be greatly limited by how you can manipulate your project.  In addition, you will be responsible for maintaining and restoring the quality of the property.  Failure to do so or to deliberately violate this restriction can result in severe penalties from your local zoning authority.