‍If you’re considering real estate investments, you might consider adding an overseas purchase to your portfolio.

We’ll review some of the factors that can go into this purchase decision, so you can make the best investment possible.

‍What Is the Price of Agricultural Land in the Philippines?

How Is Property Value Assessed?

Property value is, very simply, the financial value agreed upon by the buyer and seller in a land transaction. It is the amount that a buyer is willing to pay for a property, which the seller is willing to accept.

Although this is a simple definition, a lot of factors go into assessing property value. Location is the biggest factor - a prime, appealing location will instantly increase a property’s perceived value.

Many sellers will also assess the value of another comparable lot for sale in their area that has similar uses. After all, the seller can only charge what the market will bear, and if the land is priced too high it will not sell quickly.

What Currency Does the Philippines Use?

As of this writing, the Philippine peso is worth 0.018 US dollars ($), or about two cents. This means that roughly ₱55.52 would equal $1.00 through currency conversion.

As a result, we can calculate that the average price of Philippine agricultural land (valued at ₱126,750) would be about $2,283 per square kilometer.

How Much Agricultural Land Is Available in the Philippines?

The Philippines currently occupies nearly 116,000 square miles, or 300,000 square kilometers. Of that, nearly 42 percent is marked as agricultural land.

What Is Agricultural Land?

Land is zoned as agricultural land if it meets several standardized criteria.

First, it must be arable land. This means that the land is capable of growing crops (whether temporary crops or permanent crops).

Next, the crops must be considered permanent crops. These are typically cultivated crops that yield fruit or produce over multiple seasons, as opposed to crops that are harvested once then need to be replanted afterward. Examples of permanent crops include fruit trees, nut trees, flowering shrubs, and other plants that will yield a harvest for five or more years.

The definition given above is somewhat broad, and does not account for all the cases agricultural land can be used for. For example, a timber forest can be considered a legal use of land zoned for agricultural use. Plantations that include crops like coffee, rubber, and fruit not planted in a tree farm also count.

Additionally, farmed land (or cultivable land) is only a portion of the defined arable land within a parcel of agricultural land. Therefore, some portions may be farmed whereas others are considered natural land. Factors like rainfall, soil quality, and prior cultivation should be considered when assessing the quality of the land you have purchased.

What Crops Can Be Grown in the Philippines?

Agricultural property accounts for almost 20% of the gross domestic product (GDP) of the Philippines, and employs 40% of the national labor force. As such, agricultural land is a premium investment that should yield a good return.

The four main categories are farming, fisheries, cattle and livestock, and forestry.

Climate in the Philippines

The Philippines are an island nation off the coast of southeast Asia. They have very high humidity and relatively high temperatures. Monthly rainfall can range from 45 to 105 inches, or 120 to 270 centimeters.

Agricultural Products in the Philippines

Land cultivated for farming is the majority portion of the agricultural land used in the Philippines.

The major agricultural products include rice and corn (also called maize). However, the high nutritional needs for rice and corn that are placed on the soil are causing loss of usable farming land over time.

Other agricultural crops include cocoa (which is turned into chocolate), coffee, coconut trees, and sugarcane. Coconut oil and sugar are refined products that are heavily exported from the Philippines.

Fruit trees are also a common crop and export in the Philippines. Fruits like bananas, mangos, cassava, and pineapple are key crops that are harvested there. The Philippines is actually the third-largest producer of pineapple in the world.

Fishing in the Philippines

Fishing is the next largest sector in the nation’s economy. Fish like tuna, anchovies, and sardines make up most of the fisheries.

Livestock and Poultry in the Philippines

Livestock is another important, though smaller, sector of the Philippine economy. Chicken and duck are major poultry exports; and traditional meats like hog, cattle, and goat are also raised.

Additionally, exotic animals like crocodile and ostrich are also farmed in the Philippines.

How Can I Purchase Agricultural Land in the Philippines?

A simple Internet search will show hundreds of agents and brokers who sell land located in the Philippines. The island nation is becoming a hotspot for agricultural real estate.

Land Bank of the Philippines

The Land Bank of the Philippines is a government entity that manages land used by farmers and fishermen. It was established in 1963 as part of the Agricultural Land Reform Code, which sought to support working-class farmers through land ownership programs, labor codes, and build an economy that would yield positive results for workers and land owners alike.

One hallmark of the Agricultural Land Reform Code moved the economy from a tenancy approach to land management to a land ownership approach. Under the previous model, farmers were merely tenants of the land, and did not actually own it but had to pay a portion of their harvest as part of their ability to use the land. Now, they own their land outright. 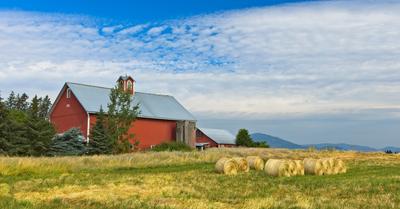